A Statistical Look into the Impact of Data Breaches on Businesses

By definition, a data breach is anything that leads to the exposure of protected and confidential information without permission.

In recent years, data security has become one of the biggest concerns for businesses and organizations around the globe.

The growing sophistication of cybercrimes along with a lack of awareness of best security practices has led to the emergence of numerous data breaches on a globular scale.

The Impact of Data Breaches on Business: Statistics

Among these, almost 64% of the stolen data records were in the US. The country stands out as the biggest hotspot for data breaches due to its expanding population, technological adoption rate, and concentration of some of the biggest companies therein.

In the US, the average total cost calculated for data breaches stood at $8.19 million in 2019. While the global average was revealed to be $3.9 million.

The situation is slated to only become worse with Herjavec Group estimating that by 2021, businesses will fall victim to a ransomware attack every 11 seconds.

Regardless of the organization size or industry, it is imperative for us to realize that data security is very important and valuable for businesses, especially in this digital economy that we are living in.

Thus, it is important for you to assess your cybersecurity risks and make company-wide changes that help improve the overall security behavior of your business.

Let me introduce myself. I am Aaron Cure, Principal Security Consultant at Cypress Data Defense, and an instructor and contributing author for the Dev544 Secure Coding in .NET course. After 10 years in the U.S. Army, I decided to switch my focus to developing security tools and performing secure code reviews, penetration testing, static source code analysis, and security research. 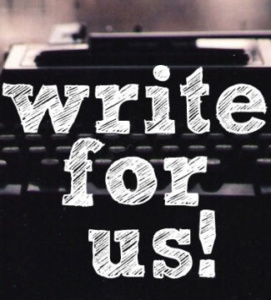 What Is Encryption And How Does It Work: 5 Things To Know

Are you looking for some essential pieces of encryption? Do you want…
Continue reading

5 Things all eCommerce business owners should take into account

When it comes to expanding your eCommerce business, it can be very…
Continue reading

A professional guide to site mapping

Top 5 Ways To Set-up Your New Business In UK

There's a lot of enthusiasm when you're starting a new business, but…
Continue reading

Marketing is a huge part of running a business. You could have…
Continue reading

Which of these ways to make money online would work best for you?